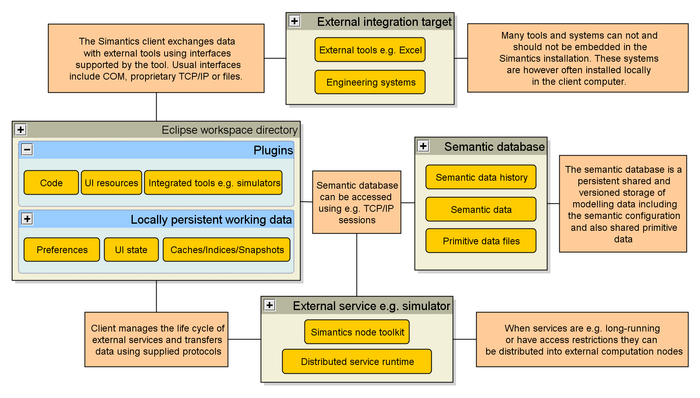 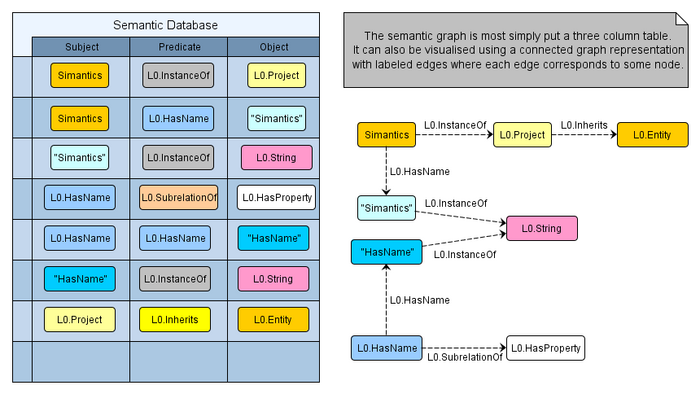 The following statements about the Simantics semantic data model apply 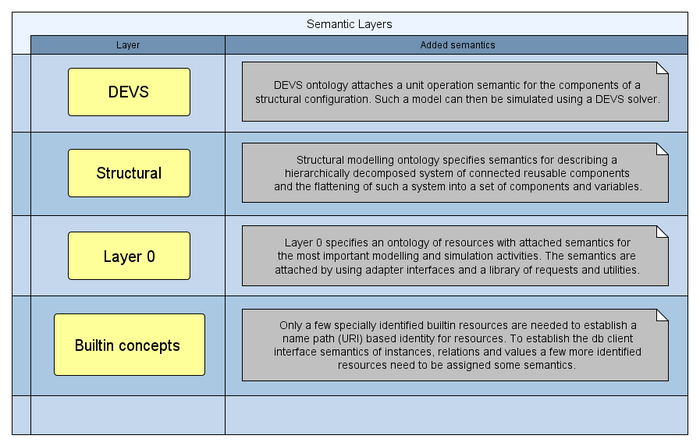 Some data does not benefit from semantic representation. This is the case for example when

Simantics includes its own primitive data modelling system. The system

A general modelling contract in Simantics involves the following concepts

The contract is that all primitive data for a model should be accessed from some valuation.

Simantics exposes the valuations and their structure using the semantic data model. The persistency model (database, workspace or memory) of semantic valuations is application specific. 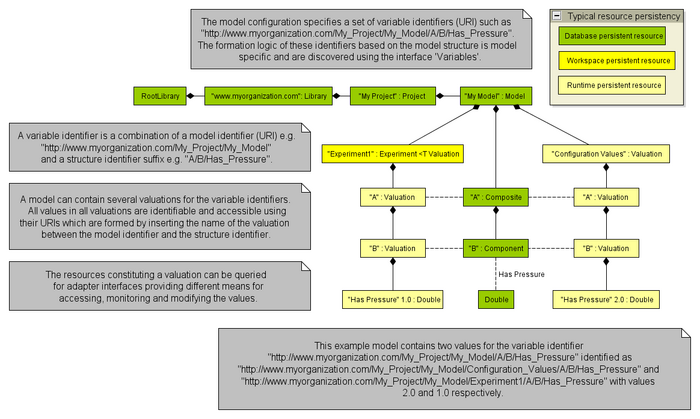 The semantic valuation is needed as a uniform interface for accessing the data model produced by a semantic model.

Some general semantics for variables are established even at the Layer0 level. These semantics can be freely extended by applications. Variables can belong to some of the following categories

Some models contain large pieces (> megabytes) of primitive data which needs to be specially processed. Key questions are 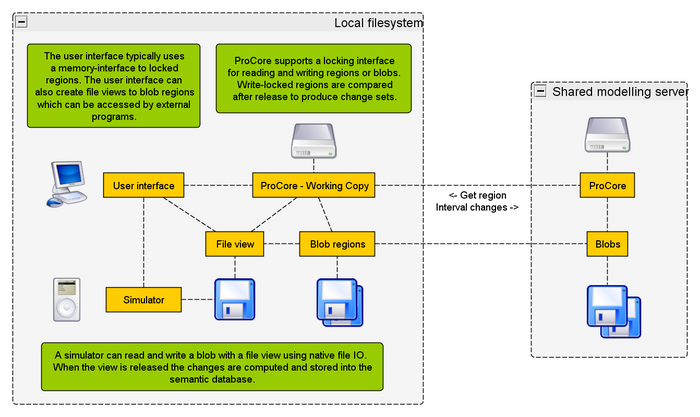 The semantic database is accessed by using a session which provides shared access to a working copy of the database for multiple users. Key points are 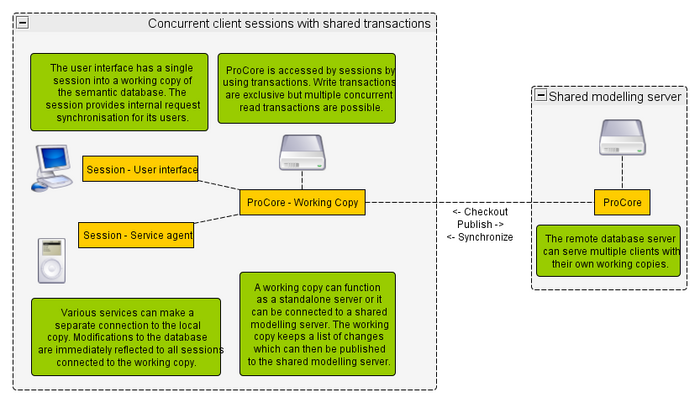 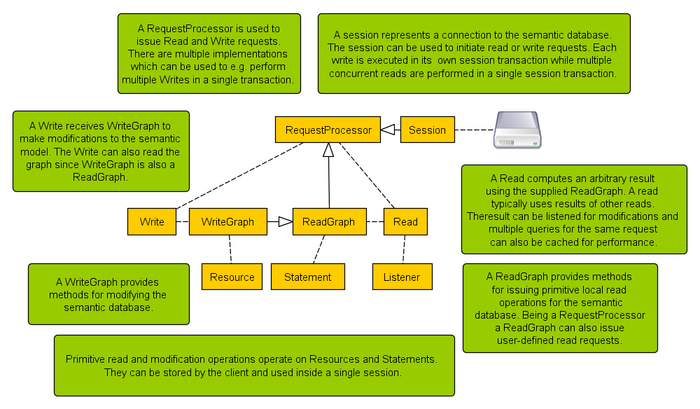 The adaption of resources into Java interfaces is a key method of enforcing the semantics of the data model. The adapter model includes

The mechanism is described in Resource Adaptation.

The Simantics database client can extend the persistent semantic graph with more transient resources and statements. This mechanism can be used to e.g. expose valuations and other workspace-persistent data. 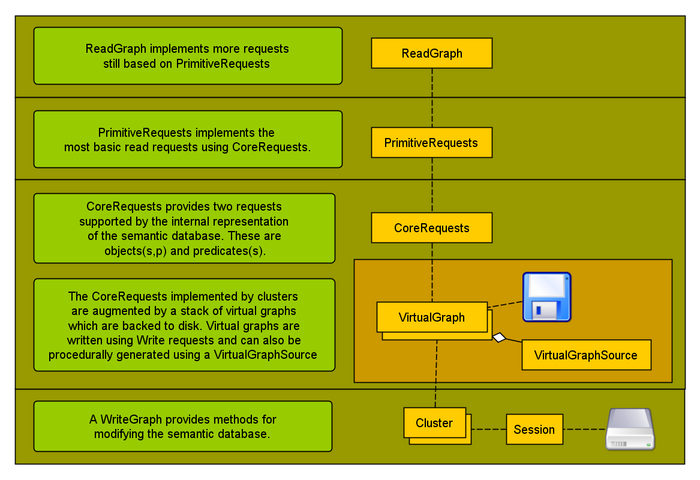 Layer0 Generic Relations can be used to construct per model indices of useful data, which then can be quickly searched using the Lucene search engine. 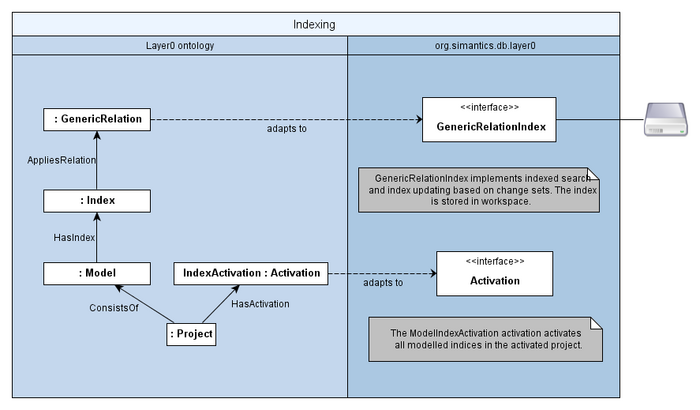 Layer 0 is further specified in Layer0.pdf.

The top level organization or a Simantics database is depicted in the image below. 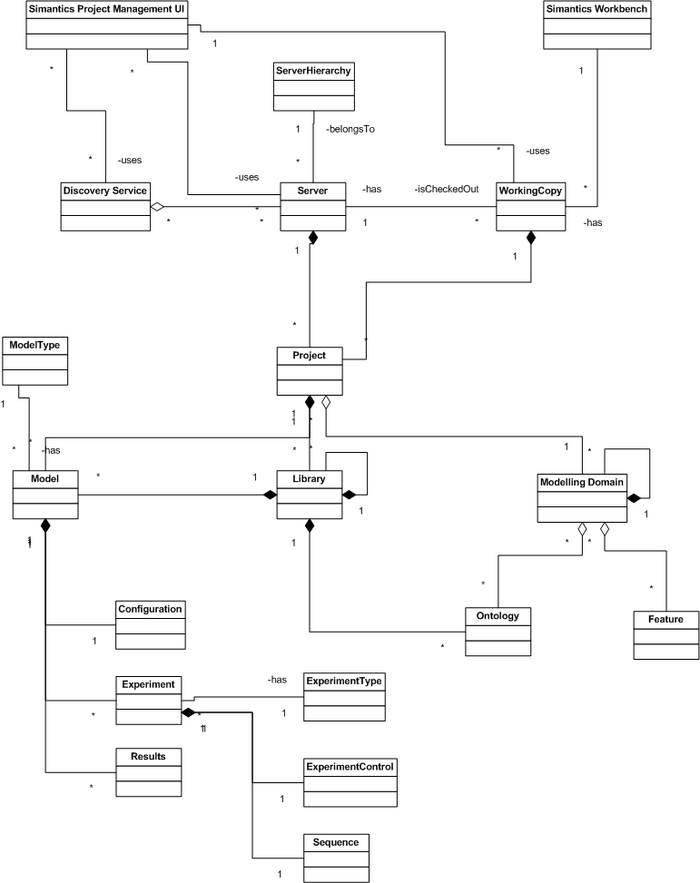 Each Simantics workspace is started into a specific project. Simantics projects use features for associating life-cycle behavior to projects, much like project natures in Eclipse. 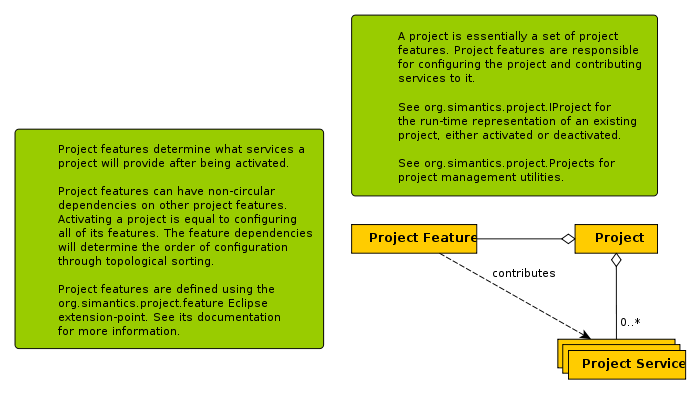 The subgraph transfer mechanism is needed for identifying a set of statements to transfer from and to a database.

Use-cases, where the mechanism is needed:

There are two major technical challenges:

The following statements describe the browsing solution in Simantics

Concepts and their contracts

Evaluator
A Java object which determines e.g. Viewpoints and Labelers for given input.
Viewpoint
Determines a set of child objects for given input object.
Labeler
Determines a label for an object.
Context
A set of keys and associated values which are used to steer the browsing process. A mandatory INPUT object is used in Evaluators. 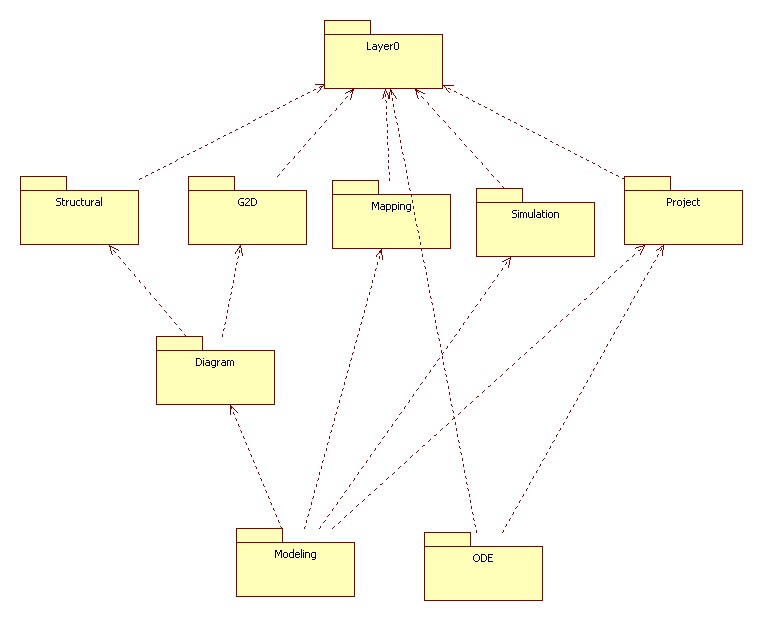 Mapping framework in Simantics consists of several different levels. From the lowest to the highest:

Triggers
Provides a uniform interface to mappings and other graph modifying software components. This specification defines how a mapping is attached to a resource and how it is used. Actual implementation can be written directly in Java or using higher level mechanisms.
SCL mappings
A datalog based language that is meant for writing queries and transformations.
Data driven mappings
A mapping defined using lower level definitions that can be customized with specific relations. For example Modeling.pgraph defines this kind of mapping. Graphical user intefaces can be built for defining this kind of mappings.

The structural ontology models hierarchically decomposed and connected components and their flattening.

The data model is described in Structural Ontology.

Diagrams are used to configure models in various domains. The diagram model is a self-sufficient graphical model which is mapped into domain specific simulation models directly or via structural ontology. 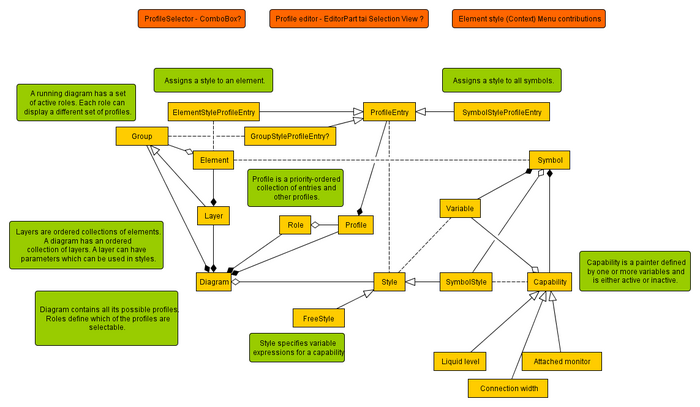 Address Space is the structure of the data when a model is exposed in an communication interface. It consists of nodes and variables.

There are two types of address spaces:

There are two structures of address spaces:

There is no structural address space of runtime model.

The structure of configuration flat model is equal or a sub-set of the a runtime flat model.