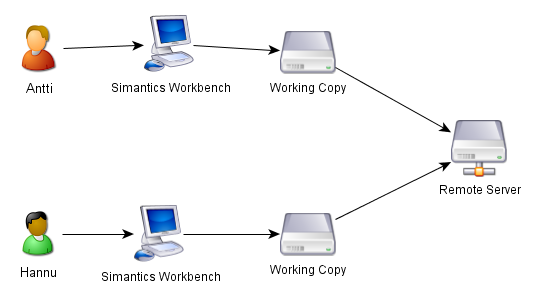 The data is represented as a graph. Each graph is partitioned into subgraphs. Graph is made of resources which can have statements about the relations between resources and literals. 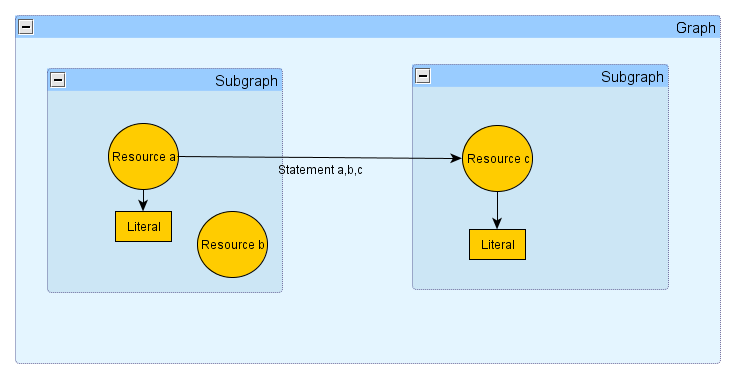 We let user choose which local change sets she wants to publish. We check that all the subgraphs the local changes modify are either not published or at the head in the remote server. The selected local change sets are moved after the last remote change set and applied to remote.

In the following figure change set operations are expressed as:

The user stories which need conflict resolution are: